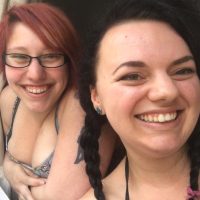 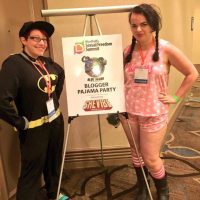 We started the Dildorks podcast because we’re bored of media that depicts sex as “naughty,” mysterious, gross, indecent, or self-explanatory. We believe sex is endlessly fascinating and that there’s always more to talk about and think about, if you keep digging and stay curious. Our sexual journeys have led us through countless kinks, experiences, and self-discoveries, and we’re excited to keep growing as sex nerds and as people!

Bex Caputo (he/him) is a sex educator, blogger, speaker, and professional porn curator. His blog, BexTalksSex, has been ranked on Kinkly’s top 100 sex bloggers for two consecutive years as a source for sex toy reviews, how-tos, navel-gazing, and tales of weird things he’s put in his holes. He has been a proud and undeniable kinkster ever since he insisted on being served his meals in a dog bowl at the age of 8, and even before that, probably. Bex is a Virgo, a Hufflepuff, a masochistic pup, and a genderqueer nerd who has finally grown into the pop punk skater boi of his high school dreams.

Kate Sloan (she/her) is an award-winning journalist, blogger, speaker, and singer/songwriter. Her writing about sex, kink and relationships has appeared in Cosmopolitan, Teen Vogue, and Allure, among others. Her blog, Girly Juice, has earned her a place on a Kinkly.com’s list of Top 100 Sex Blogging Superheroes for several years running. She also cohosts the podcast Question Box. She’s a Taurus, a Ravenclaw, an ISFJ, and a queer poly princess. 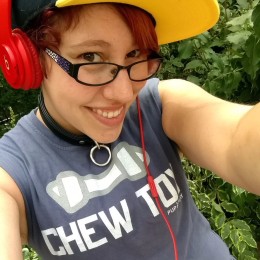 Bex is a sex educator and blogger, a transmasc queerdo, a masochistic pup, a flirting fetishist, and a Hufflepuff. He loves video games, ice cream, and leather and he refuses to admit it’s not 2007 anymore.

The Dildorks are two best friends who also happen to be huge fuckin’ sex nerds. We love to get geeky about sex, kink, and relationships. Tune in to our weekly podcast for rhapsodic raves and impassioned rants about everything that’s engaging our hearts, brains, and genitals. ‘Cause sex can be a dorky endeavor! 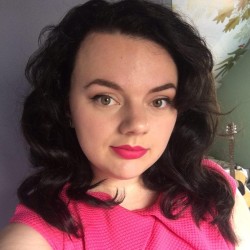 Kate is an award-winning journalist and blogger whose work focuses on sex, kink, and relationships. She’s passionate about puns, musical theatre, and cute comedians. Her forthcoming kink book will be out from Laurence King Publishing in 2021.